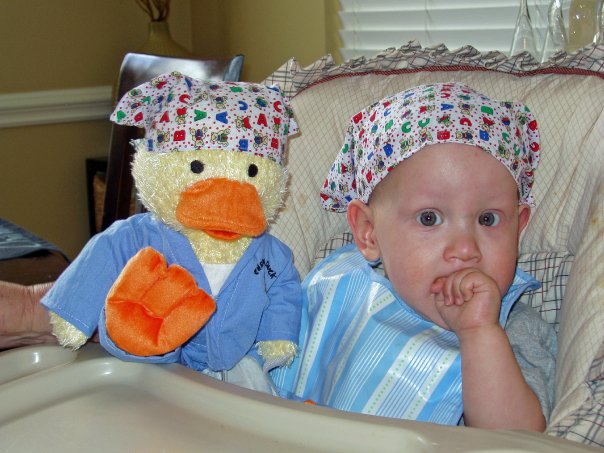 On October 17, 2005, Cooper Cates went to his 6-month-old well check at his pediatrician’s office. As part of the normal checkup, Cooper’s doctor was feeling his abdomen when it was discovered that his liver and spleen were quite enlarged due to either anemia or a tumor. Cooper was sent immediately to MUSC’s oncology unit to undergo testing where his scans revealed a large mass in his abdomen and his liver looked like Swiss cheese. Cooper’s liver was taken over by tumors. Four days later, Cooper had surgery to biopsy the tumor which led to the discovery that he had stage IV neuroblastoma and given only a 20% chance of survival. They were able to take out the entire softball-sized tumor which had flattened his left kidney. Additionally, Cooper went through 5 rounds of high dose chemo. After the chemo, his parents were told the treatment was not working and there was no hope left for their son. They proceeded with his 6th and final round of chemo and ran another set of scans which, miraculously, was clean. Cooper then had a stem cell transplant followed by 13 rounds of Accutane and was the first child at MUSC to receive immunotherapy. Widespread pain and fevers took over his infant body during this excruciating treatment. Fortunately, the treatment proved effective and Cooper is now a happy and healthy child. His parents credit Cooper’s remission to the immunotherapy and their faith in God.